Hot Eggs and No Teef 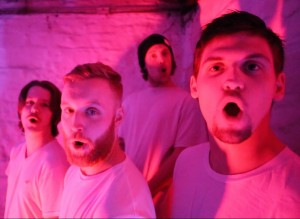 Ladies and Gentlemen, next up is No Teef. Last year these guys played on the Friday night, and having watched them again recently tear up the stage in Preston at The Ferret. We wanted them to be part of moofest 2016, without further ado we give you No Teef;

How has your music evolved since you first began playing music together?

Its become much more complex and we continually push ourselves harder to write tracks that really challenge our abilities. Discovering and listening to new bands regularly has also had a massive influence on how we now write

Iain – Penguin watching for 6 months in the Falklands with the Armed Forces
Dale – Pushing trollies around for 6 hours a day in the snow, rain, hail for Asda

Iain – Break into Reidys and steal all their guitar pedals . . naked
Dale – I would linger in public restrooms and watch people poo . . naked

Iain – I don’t really like the fair
Dale – Dodgems

We both have a big thing for grilled Halloumi

Iain – Runnyturd courtesy of Dale, I was also called rubberturd by someone else??
Dale – I didn’t have a nickname at school but I get called ginge a bit these days

Iain – Oiiiiiii!! Listen out for me screaming it at this years Moofest
Dale – C*nt or Tw*twaffle

We can’t think of a poem off the top of our heads and we’re not very good with words. we’re an instrumental band after all.

Practice hard with your chosen instrument, don’t be locked down by boundaries, be original, don’t expect payment for playing live, get used to spending lots of time with the other members of your band.

Our first record ‘Hot Egg’ is available on iTunes, Spotify and Bandcamp

We’re due to record our next mini album at the start of August, we’re also recording 2 new videos for 2 of the tracks from said mini album, expect lots of activity from us over the next few months! We’ll also hopefully be announcing a tour very soon!

If you like fun, energetic, weird and instrumental music come and check us out at this years Moofest and we’ll try not to disappoint anyone.

Eggciting times ahead for these guys. We’re looking forward to the tour announcement soon and cannot wait to see them play on the main stage on 10th July. To buy tickets click here.

The Man Behind The Lens – Moofest meet Lee Smillie 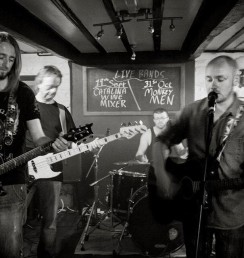 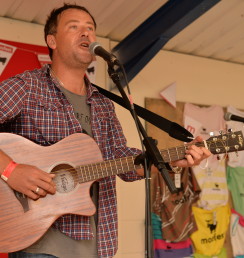 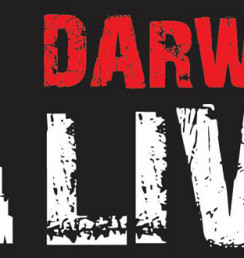